They say cleanliness is next to Godliness. This is a phrase that seems that have been wholly embraced by the Kenyan male celebrity elites. They are easily ahead when it comes to formal mode of dressing as they are ranked higher in the African formal wear fashion circle. This is further proved by this list of the best dressed Kenyan male celebrities according to FleekBook.

These celebrities majorly comprise of individuals from the Kenyan entertainment scene ranging from musicians, DJs, MCs, media personalities among others hence they act as a mirror of the society fashion-wise.

They are now a source of inspiration for many fashion enthusiasts looking to rock formal wear and stand out from the crowd. From their fans to the everyday fashion bloggers, celebrities have many people who look up to them for fashion inspiration.

If you are one of those who admires Kenyan celebrity fashion and would like to rock formal wear like your favourite celebrity, these 16 celebrity looks should set you on the right path. 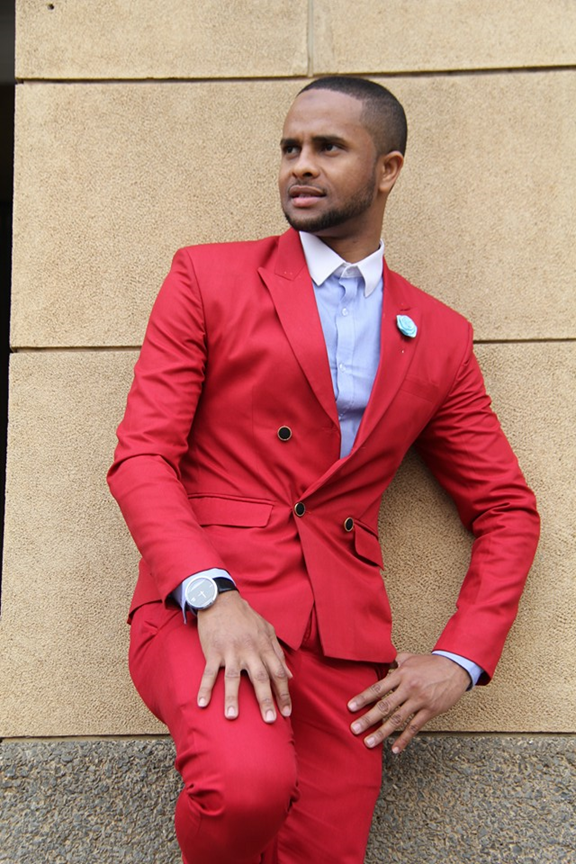 The self-proclaimed king of swag is obviously one of the best-dressed male Television personalities in Kenya. He knows how to match his skin tone and the colour of his suits which has made Kenyan slayqueens forever drooling him. Jamal is always confident in what he wears.

He is not only a genius in spinning the wheels of turntables but also in fashion. DJ Sadic usually looks great in his three or two-piece suits. He has been a mentor to many young Kenyans in matters relating to decent dressing. His well kept dreadlocks also spices up his looks.

Also known as Rabbit or Kaka Sungura, the self-made Rap King loves to wear suits contrary to the Rap culture characterized by baggy T-shirts and sagging trousers. On many occasions, Rabbit can be seen spotting stylish slim fitting suits. He is also a lover of accessories like neckties and pocket squares to add flavour to his suits.

Apart from being loved for his soothing golden voice, Otile Brown has been a crush to many of her female fans for his outstanding prowess fashion. The singer is well known for his slim fit suits and skinny pants. Otile Brown also boasts of having a huge collection of classing male formal footwear.

He defies the stereotype that DJs should wear casually and instead chooses to rock official suits. DJ Mo often rocks in suit during weddings and red carpet events. He is married to Size 8 a popular musician in the Kenyan Gospel scene. The DJ owns several expensive and classic suits in his wardrobe.

The controversial gospel artist who has been condemned for shifting to secular music knows his way around formal wear. The name Msafi depicts how clean he is with his mode of dressing. Willy Paul also loves bold looks and on many occasion, he has been spotted in bold and shouty colours such as blue, yellow and red suits.

The young and humble Gospel musician has risen from rags to riches through music.  Although he does not always spot formal wear,  Bahati knows how to put the pieces together when he decides to. His suits range from three-piece checked suits to coloured two-piece suits. His trademark baby locks spice up his looks earning him a ton of social media following.

The prolific Kenyan comedian has been cracking the ribs of Kenyans for many years. He looks flawless in formal suits which usually complements his lean figure. Erick Omondi has toured many parts of the world like Las Vegas and Dubai doing stand up comedy hence he is familiar with the official mode of dressing.

Nick Mutuma is a Kenyan actor, radio and TV host and an MC. He has been proclaimed to be the most hunkiest Kenyan leaving Kenyan chics stalking him on social media. The ladies man has an admirable fashion sense that that  smartly complements his good looks.

Madowo is a known notorious social media user. He is currently working at BBC Africa as the business editor. He likes travelling and has toured major cities globally. Larry has been deemed as a trendsetter especially when he was the host of The Trend, a Friday night show at NTV before resigning early this year. He loves African Print shirts but due to his line of work, he is forced to stick with the formal attire most of the time.

Originally born as Sande Bush in Nairobi by Kenyan parents, he obtained his stage name Dr Ofweneke through his fluency in speaking Nigerian standard English and ended up convincing that he is of Nigerian origin. Currently he is the host of Thursday Night Live show on KTN. He has a keen eye for three-piece suits which usually come in different colours.

It’s hard being a luhya and remain stylish. Especially if you have to do it holding a kuku. Bien somehow manages to pull it off quite seamlessly. The Sauti Sauli lover boy has managed to wow everyone with his sense of fashion just as much as he does with his voice.

Formal wear agrees with him so much we can hardly find anything to correct.

He is arguably the most successful comedian in Kenya. His desire to raise and nurture young comic talents in Kenya has seen him run Churchill live where several comedians can showcase their talents.

We are so much used to seeing Churchill in formal wear that casual ones would like pyjamas on him. Good thing he doesn’t disappoint at it.

Being the King of bling means you never lose the bling. Although Prezzo who’s real name is Jackson Makini prefers his casual baggy T-shirts and ripped jeans, he spots formal wear once in a while.  Apart from his unending controversies and a vast collection of jewellery, Prezzo’s sense of fashion is hard to ignore.

Popularly known as the Reverend, Shaffie has been rocking the airwaves  for over ten years now. The hilarious morning show presenter has been the love of listeners all over the country for his bold voice, homour and command of th English Language.

Shaffie is also known for his ingenious sense of fashion and rocks both casual and formal wear like a pro. 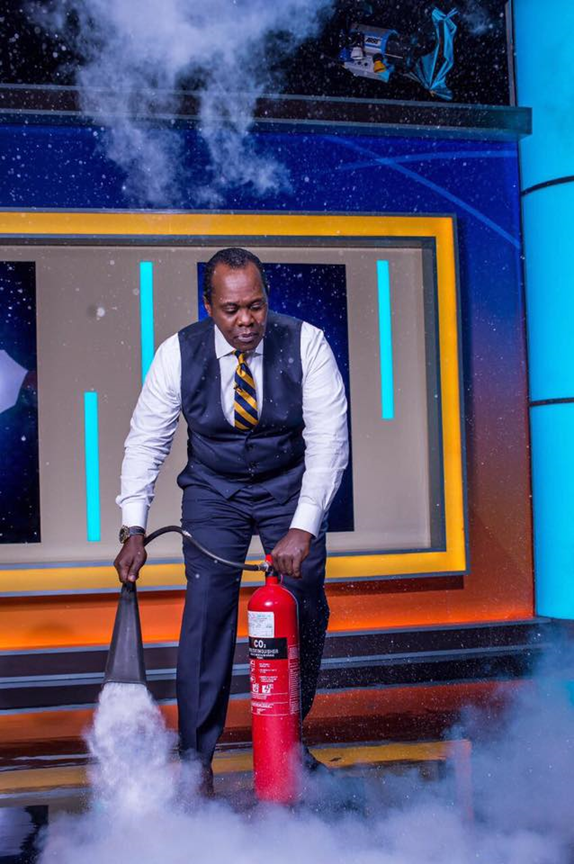 The controversial TV host and news anchor has worked for major international media houses like CNN. In Kenya, Jeff has worked in major media houses and is hugely known for his show The Jeff Koinange Live. The heavy-voiced media personality is a known sharp dresser who loves his suits just as much as he loves political controversy.

Get the best viral stories straight into your inbox!

Back to Top
Close Create

We noticed that you are blocking ads!

We use ad revenue to maintain this site and develop more amazing and helpful content for you. Kindly support our content by disabling your ad blocker.

How to disable? Refresh

Hey Fleeker!
Before You Go…

Get the best viral stories straight into your inbox before everyone else!

Get the best viral content straight into your inbox!